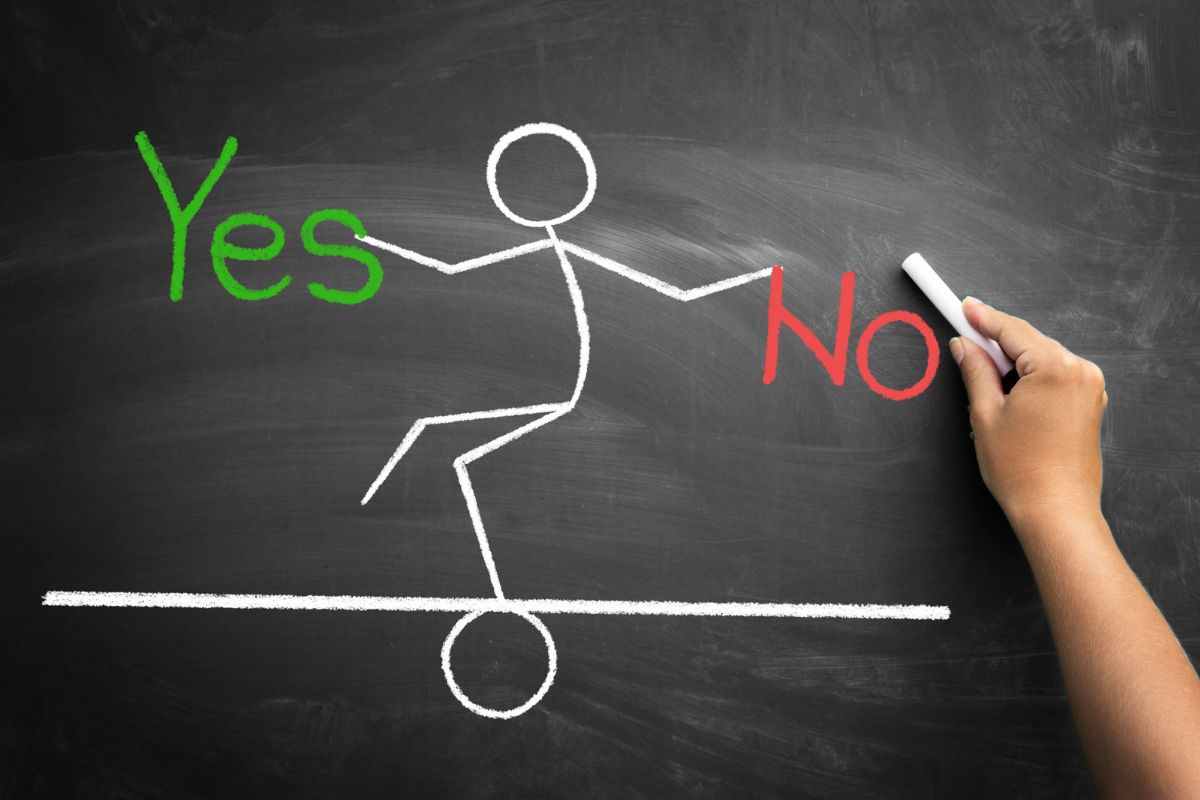 Your current situation is the outcome of a decision that you have made in the past. These decisions shape the future of your business and even your life. There was a YES and a NO, which led you to where you are today. You are reading this article because you have chosen to do so.

Looking back at the success stories and struggling businesses of people I have met during my coaching career, I wanted to identify the common factor that led to the success or failure of companies. That is when I realized one thing that stood out: the ability of a business owner to say NO or accept the word NO. Yes, you read that right; saying NO was the last piece of the puzzle. In this article, I want to share this fantastic discovery of why saying NO or accepting the word NO is one of the most coveted superpowers of an entrepreneur.

In my career, I have met many people who had difficulty saying NO, and this has got them into big problems. Think of it this way, the quickest way to stay away from alcoholism is to say NO to the first drink. The best way to uphold respect in an organization is to say NO to matters that corrupt your integrity. Even though we underestimate these concepts, in most cases, the word NO has had a lot of positive effects in a working environment, eventually leading to infinite success.

A decision is a way to say YES to one thing and NO to many other possibilities.

When making a decision, people overlook that each YES, corresponds to countless possibilities to which you say NO. When you choose to do a specific job, you automatically say NO to numerous job opportunities that you could work on during the same period.

We can apply this to real life, too. For example, when you say YES at your wedding, you have committed to saying NO to other people who would otherwise want to marry you. Said differently, you are ready to say countless NOs to keep your YES.

This realization opened my eyes, and I wished someone had pointed this to me earlier. I wondered why no one hadn’t cared to stress the issue despite the high number of coaches teaching about decision-making in the business world. Teaching somebody how to decide without making them aware of the number of NOs he needs to say to keep his decision or achieve his goal is like sending somebody to the front with a gun but not giving him the bullets.

The value of a NO

Saying NO ensures you are not derailed by any sideshows that can negatively impact your road to success. When you say NO to something not aligned with your goals, you reinforce your YES on the earlier decision. Therefore, you should be okay and enthusiastic about saying NO to anything that can affect your earlier decision. Every opportunity to say NO allows you to move forward with your original goal. Thus we see the necessity of developing a positive mindset about NO, being willing to use it as often as possible, and not feeling bad about it.

If you are ready to say NO, then you should be prepared to hear it

We should realize that if saying NO is helpful to us, it is equally beneficial to others. Others also need the NO to be successful, and as much as we teach ourselves to say NO, we should increase our tolerance to hear the same from others. With training, it is possible to reach a certain peace of mind and freedom equally about two things:

– being utterly tolerant of being told NO without getting frustrated because we understand what NO means to us and others.

How to say No

Once in a while, I know you have come across articles like different ways to say NO and the like. It has always been a puzzle to me why there should be other ways to say NO. It would make more sense if the titles of this article were something like different ways not to say NO. I believe there is only one way to say NO, which is just saying NO. To prove this, you can ask a small kid who has not yet been infected with the idea that saying NO is a bad thing a question like “How do you say No?”. The kid will outrightly answer NO without hesitation. The kid may even wonder why you would ask such a stupid question, which answer is obvious.

Why is saying NO difficult for some people?

I find it funny that many publications explain why it is difficult to say NO. From my research, some of the common reasons why people find it challenging to say NO are below;

These reasons may sound logical and truthful, but they are just excuses to avoid using the magical and powerful word NO. For years, I learned that the answers automatically become excuses if you have more than one reason for the why question. There should be only one reason why, and once you find it, it is probably the solution to the situation.

Assuming there is only one answer to a WHY question, what would be the reason why we can’t easily say NO? The answer I came up with is astonishingly simple: we didn’t say NO.

With time I noted that most people who find it hard to say NO have a history of failing to make critical decisions in their lives or business. A closer look at this group shows that they lack clearly defined goals or objectives. When you have a clear purpose, keeping your eyes on the prize is easier because the goals act like a compass. Every good decision toward your goal is a step forward and a chance to saying NO to countless possibilities not aligned with your goals. The more you practice this, the easier it will be for you to say NO to situations that can compromise your goal. If your purposes are not defined, you lack the guide to saying NO when necessary. This analogy works the same way as a GPS. Your GPS is useless if you don’t define your end destination, but as soon as you put the destination, the navigation system can quickly get you there without any problems. It steers you back to the right path whenever you try to move out. The behavior of the GPS is the equivalent of saying NO to other possibilities that can lead you elsewhere instead of the intended destination.

I came to a Mantra that has been guiding me for a while now: Decision is healthy, Indecision and doubt are unhealthy.

How to handle a NO from another person

Many people will be willing to say NO but might feel offended hearing NO from others. Learning to deal with a NO is essential from the other side. The best way to deal with a NO is to acknowledge it. There is a difference between acknowledging a NO and accepting or agreeing with it. It means that you have heard and understood that the person is rejecting your preposition because it may not align with his goals. Acknowledging the NO means respecting other people’s decisions and can ultimately open up new possibilities that can benefit both sides.

Properly handling the NO from the other person or team promotes harmony and gives a better opportunity to change the viewpoint or provide meaningful information that can lead to better decisions. Understanding the NO goes a long way to getting along with people who have different perspectives than you. By acknowledging the NO, you can quickly transform differences into assets.

Addictions or bad habits are the consequences of an inability to saying NO. You can overcome this by training yourself to regain the ability to voice a NO.

The ability to say and be able to understand NO is an essential tool for the running of a business or company. The word NO opens up many possibilities that can be exploited for better decision-making and ensuring you stay on course towards a particular goal. Every successful entrepreneur should be willing to say NO and acknowledge the word NO to succeed in their business.

Creating a Culture of Results

How to create a culture of results