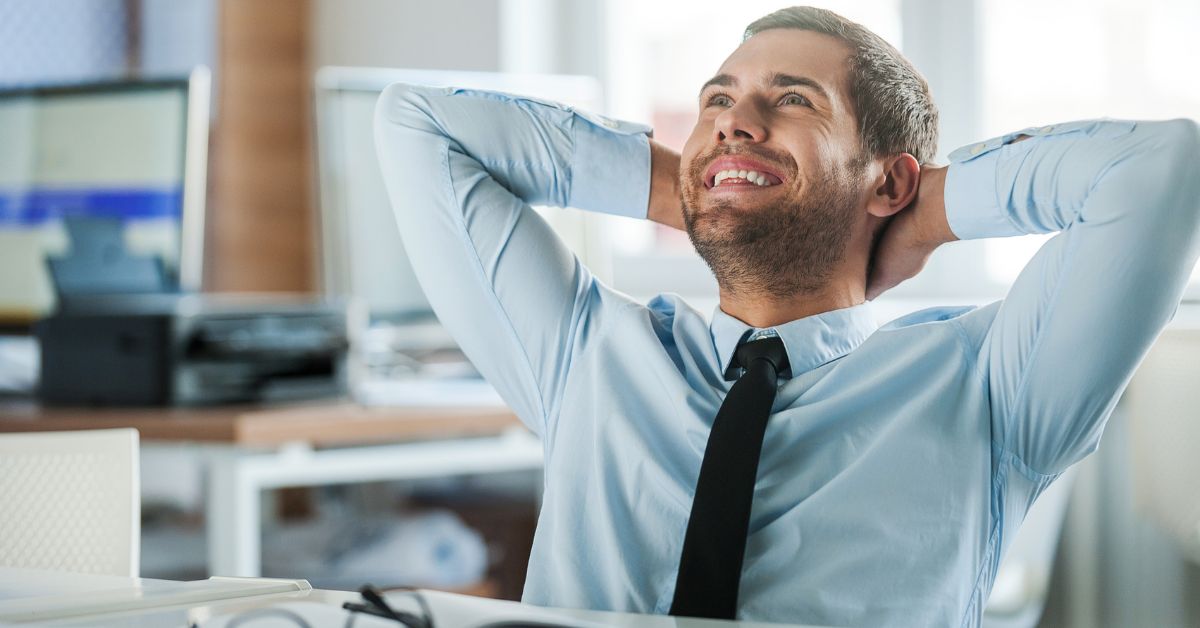 As John made his way to the driveway into the garage, he glanced at his watch and noticed it was past 11 pm. He parked the car and sat there thinking about the day’s events. John felt dissatisfaction take over as he remembered he had promised to have dinner with his family that evening but failed again. He had not seen his son for the past three days. The frustration was even much higher when he thought about his parents who are in a period of their life where it was his duty to take care of and be there for them.

As he got lost in thoughts about the reality of his current life, his attention turned to the big project for an important client to start tomorrow. He needed to be there by 7 am to coordinate and supervise the kickoff meeting. This meant he would wake up early and leave the house before his wife and son woke up.

This was John’s schedule every day. His mind and every cell in his body was occupied with the business. It had been years of planning for a holiday and time off from the company, but something always came up at work that needed his attention.

This was taking its toll on him, but he saw no way out, and the idea that he was doing something he loved kept him going.

Nine years ago, when he started the industrial water purification venture, John was inspired and had fun daily making his idea a reality. Everything went as planned, and he succeeded in the business!

Today he is one of the best experts in the industry worldwide. He works with about 30 people locally and has developed an important network of freelancers whom he collaborates with globally. His success in the business has made him travel from time to time for conferences and workshops around the world. The company is financially viable, and the more he is on stage, the more business opportunities keep opening up.

John has become overwhelmed to an extent he cannot take on all projects that keep making their way to his table. This is one of his biggest frustrations. All he wants to do is help; the demand is there, but his hands are already full.

When he got into the house, everyone was already asleep. As usual, he prepared for the next day by going through his calendar. He noticed he had allocated his evening the next day to an alumni cocktail event planned for months, and he had no intention of missing it. He wanted to take some time to cool his mind, and his best friend and roommate from campus, Eric, had confirmed attendance, and since they had not met for a long time, it was enough of a reason to take a few hours from work to attend the event.

He rushed into the community hall; everyone was already there. The event had already started, and people were socializing when his eyes met Eric’s. He looked lean and healthy, like he had never aged a bit.

Eric looked surprised at how his friend had gained weight; he remembered John as a very sporty young man. He liked to joke, and he couldn’t help cracking a joke about John’s potbelly. Eric then congratulated him for his success and all his achievements, as it was the talk of the town. John smiled, but Eric noticed he was not happy, having known him for years. He could sense everything was not well with his friend, and something was troubling his mind.

Eric pulled John aside for a more private conversation.

Eric: So, tell me, what going on with you? I don’t remember you being so sulky and worried. What is happening? I know it’s not about the money, because I know your business is booming.

John: Yes, the business is good. My success is the tip of the iceberg. The life I’m living is not the one I dreamed of. The company is consuming my life. I’m almost divorced, and I don’t have time for any other activities. You saw me walk in late today, I had to handle something at work first. Recently I don’t even have time for a morning run. Last time, the doctor told me I should be worried about my health; as you noticed, I‘ve gained too much weight.

Eric: Wow! I would not imagine you have that much going on behind your success.

John: It’s not something I can share with many people. When you’re in the spotlight, many people surround you, yet you are very lonely. That’s the most challenging part of my life.

Eric: I understand! I developed my career in the same company I worked in since college. I saw my boss going through a similar situation. I was about to resign and find another job. It was chaos when the business grew, and he even considered shutting down the company at a certain point. Luckily, he was introduced to a consultant by one of his friends. Since a lot has changed, we are doing much better. We are growing steadily with no more pressure, and we can see the returns, and I rarely see him in the office these days unless he is coming to sign some cheques or an important meeting.

John: How is that possible?

Eric: I don’t know how it worked with my boss but being one of the executives in my company, I had the chance to work with the consultant, so I have his contact data. If you want, I can link you two up. He’s a nice guy, and I know he can help.

John: I would love that; I need all the help I can get.

As John was willing to do anything to save his business, his marriage, and his relationship with his son and aging parents, he wasted no time. He contacted the consultant the next day.

Two years later, John invited Eric for dinner at his home to thank him for saving his business and his personal life. He went to meet his friend on the porch of his house. Eric quickly noticed that John looked much better than when they had last met. He looked lean, and the potbelly was gone. There were no signs of the worries John previously had.

As they made their way to the backyard after greeting John’s family, Eric asked John what was going on with his life.

Eric: You are looking good, man! How is everything?

John: The coaching worked magic, and I managed to free up a lot of time. I had time to accompany my mother in her last days. I feel great having done that. I now have time for my father and my family. We just came from a two-weeks holiday and yesterday I passed by the office everything looks excellent. The numbers are crazy; we are hitting new targets every month. My wife and I have renewed our vows and are considering having another baby. (laughs)

Eric: I’m so happy for you, man! Tell me about your business.

John: The business is running fabulously! We have an improved structure that can sustain our growth, and we have great guys who are getting the show on the road. We have grown three times in the past 1.5 years. We have made strategic merger acquisitions that put us in a different range. The best part is that I’m no longer needed to micro-manage anymore. I have a great team that can handle the everyday management of the business. I can now focus on strategic matters, and my mind is open to thinking of new ideas. I have many great ideas to develop that will bring the water industry to a whole new era. I’m passionate about that, but this time it is different. I am in control of what I am doing and no longer overwhelmed. I have become a True entrepreneur. I feel like there is so much to share. I have created meaningful relationships with my coworkers and helped the industry and the community grow. This is all that I wanted all along.

Eric: Now, this is the John I knew from campus. I’m glad I could be of help.

Eric could not be prouder of his friend. John had unlocked the life qualities he knew he had in him. He now looked happier and healthier; he had his life back.

Creating a Culture of Results